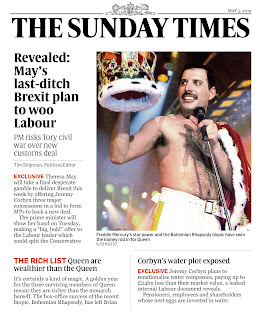 Here is my latest poetic take on the news....today taken from The Sunday Times

After May gave him the sack

Parents should be fined for swearing

I can’t see that fucking working

A bit of a stew about deliveroo delivering

No police cells to lock em up

Kiefer Sutherland takes his songs on the road

So that’s the end of my news in rhymes

From today’s edition of the Sunday Times.