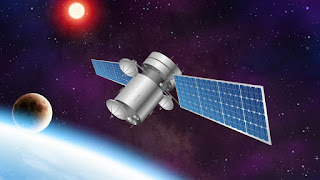 Today on the news I read that President Trump was concentrating defence activity on protecting satellites from enemy fire.
It got me thinking;

The Satellite
Son, they’ve shot the satellite
World War 3 has broken out
No nuclear explosions
No sneaking in like Trojans
No fighting in the trenches
No breaching of early warning defences
No blitzing of towns and cities
No celebrating battle victories
No men in bombers and tanks
No panic and run on the banks
No cyber threat to turn lights out
No rationing and doing without
Son they’ve shot the satellite
This will cause chaos and strife
Change forever modern life
Subsistence and degradation
Leaving in it’s wake a lost nation
Mourning the elimination of satellite navigation.