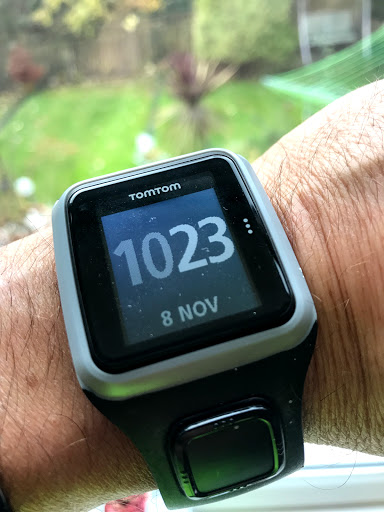 I get really stressed when I am late, as I was last night to watch Manchester City in the Champions League. Everything conspired against us; upturned trucks, terrible sat nav, picking the wrong car park. We were only five minutes late but for me it felt as though the world had ended. Obviously John Cleese’s Clockwise is my favourite film!!

I really hate to be late

For an important date

When it has to be eight

To set off early no debate

To arrive on time that is fine

I know this issue is simply all mine

I have a thing about being on time.