Showing posts from February, 2019
Show All

Tomorrow It’ll Have to be Starbucks! 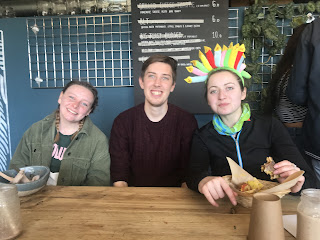 This weekend was Emily’s 25th Birthday. She celebrated by having some time with her friends, including completing a duathlon. We watched the race and joined her friends at Mother Works in Here East at the Olympic Park. I didn’t realise it was a vegan restaurant when I ordered a flat white!  Tomorrow It’ll Have To Be Starbucks! Calling Mother Earth I have a big question When did the world Decide to be vegan A flat white is all I wanted What sort of milk The waitress retorted I think I’ll have skimmed We don’t have that sort Of thing here she grinned We have oat, soya and coconut What! I was confused No milk from a cow but What is the nearest to normal Oat she said now scowling The taste of my coffee now doubting Ok I’ll have that if I must But tomorrow it will have to be STARBUCKS!
Post a Comment
Read more

We Can All Be Leaders 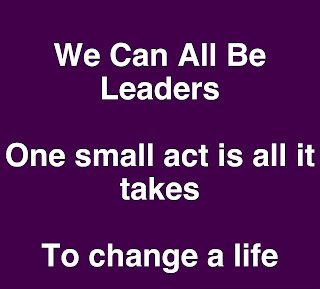 My friend Richard shared a video this morning of Drew Dudley’s presentation “Leading with Lollipops”. A bit of inspiration for today’s poem.  We Can Be All Leaders!  We can all be leaders Change peoples’ lives Change the course of destiny Little acts is all it takes To spark a stranger’s ambition To give a loved one direction Provide support and affection We can all be leaders Make a small difference A positive word Listen not be heard  Intervene or give space Explain to mistake Is not a disgrace A shoulder to cry on Someone to rely on Be a fan when they’re a winner Around when they’re a beginner We can all be leaders  Just takes an instant A solitary moment To change a life.
Post a Comment
Read more 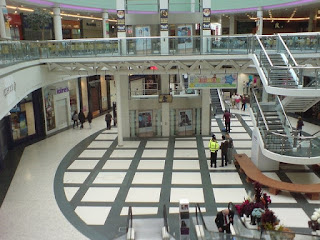 Today Lesley needed to go to get some make up from Debenhams. We decided to go to The White Rose Centre. I know it’s midweek, but I am amazed that there aren’t more retailers going out of business. There was a distinct lack of footfall and shop assistants were just twiddling their fingers.  Empty Spaces Soulless spaces Once vibrant places Echoing with muzak Shops back to back Empty and desolate Some closed indefinite Gone are the kids Disney on the skids M&S no customers today Not even for old biddies lingerie Argos now apologetically sat in a corner Awaiting a buyer like Little Jack Horner No coffee and buns at Patisserie Valerie The end is quickly becoming a reality Online has finally taken its toll On a once thriving Leeds shopping mall
Post a Comment
Read more

A Box With No Light

- February 03, 2019
Today’s poem is a metaphor for anyone who has suffered from depression.  A Box With No Light.  He was locked in a box A black box with no light He was afraid He could not see He reached out Felt the smoothness  Of the sides from within There was a silence Broken by him  Breathing in Breathing out Breathing in Breathing out He wanted to shout out He needed someone To hear him To help him To set him free Help him to see But There was no one No one to hear His silent screams  No one to see his dreams Turn to a quagmire of torment Of disturbing discontent He was resigned to a life  Existing locked in a box  A box with no light.
Post a Comment
Read more 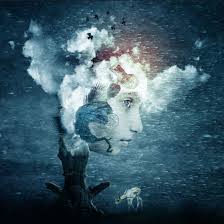 Today’s poem was written by selecting random words from a magnetic poetry kit I bought last year.  Wildest Dreams A sweet symphony played on the stereo  Outside only driving rain A goddess of gorgeous beauty  Adorned in glittering diamonds  Moved in time to the gentle rhythm The language of love is never frantic Needs savouring like sweet chocolate Her blue shimmering gown sparkled in the candlelight  A delirious delight worshiped like a princess Protected from a thousand ugly screams In the fantasy world of her wildest dreams.
Post a Comment
Read more
More posts